What To Do With Samuel?

I have had SO many friends asking recently what to do with the littlest ones while they homeschool the bigger ones so that THIS doesn't happen while you have your back turned.... 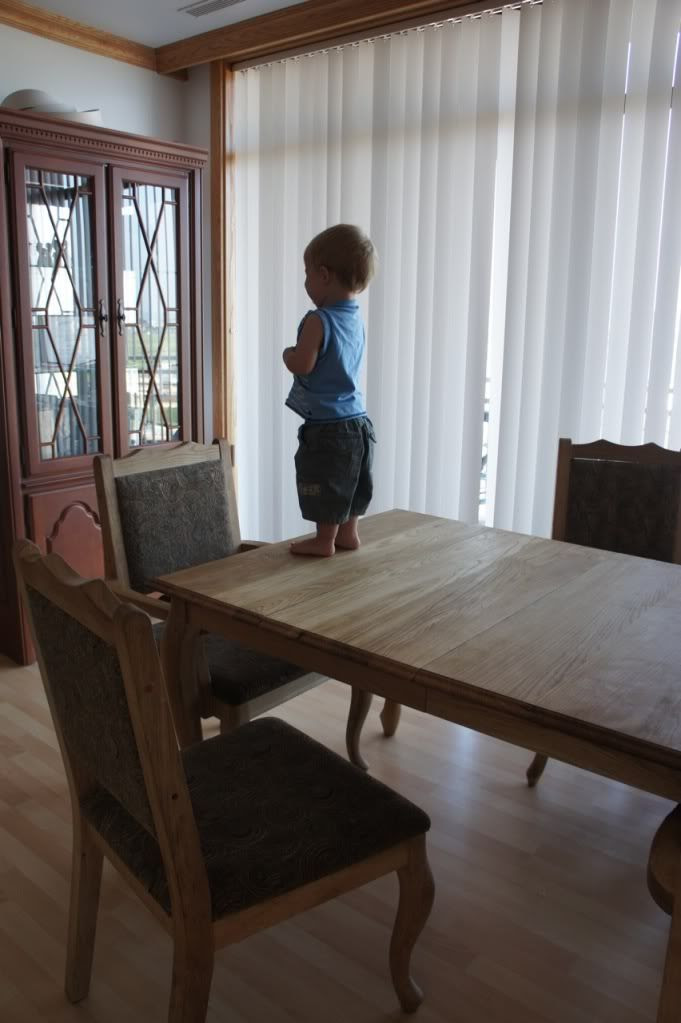 The backside of the hutch is a mirror that Samuel can see himself in thru the glass doors but only...when he's on the table. THIS is his new favorite thing to do. And of course once he saw me taking pictures BEFORE telling him to get down, he thought it was really fun and okay that he was up there.

SO HE DID IT SEVERAL MORE TIMES BEFORE THE DAY WAS OVER! 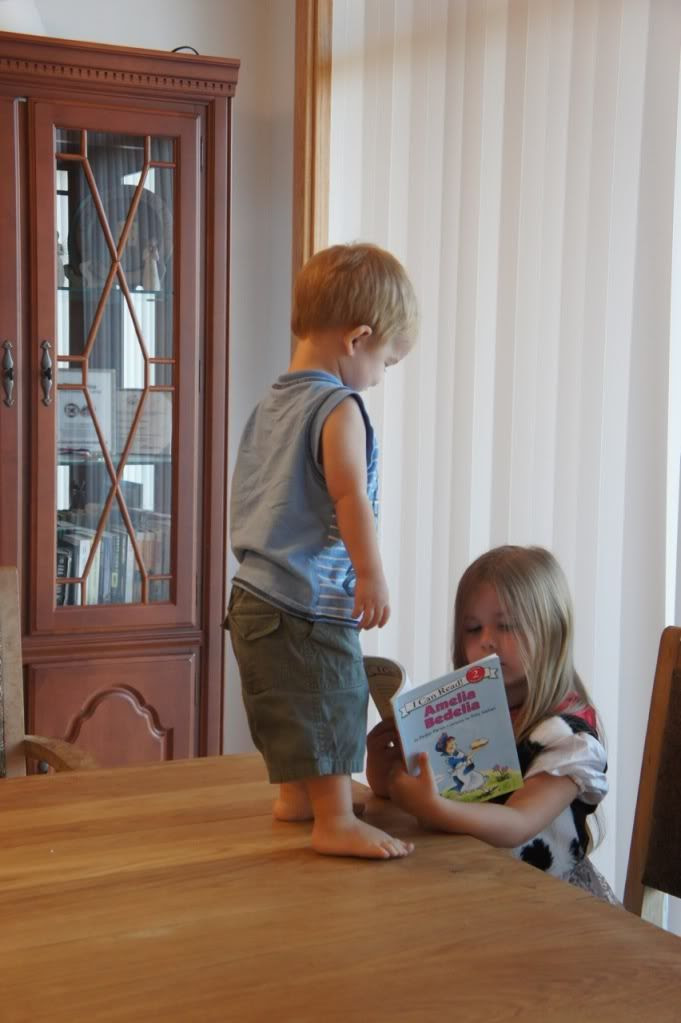 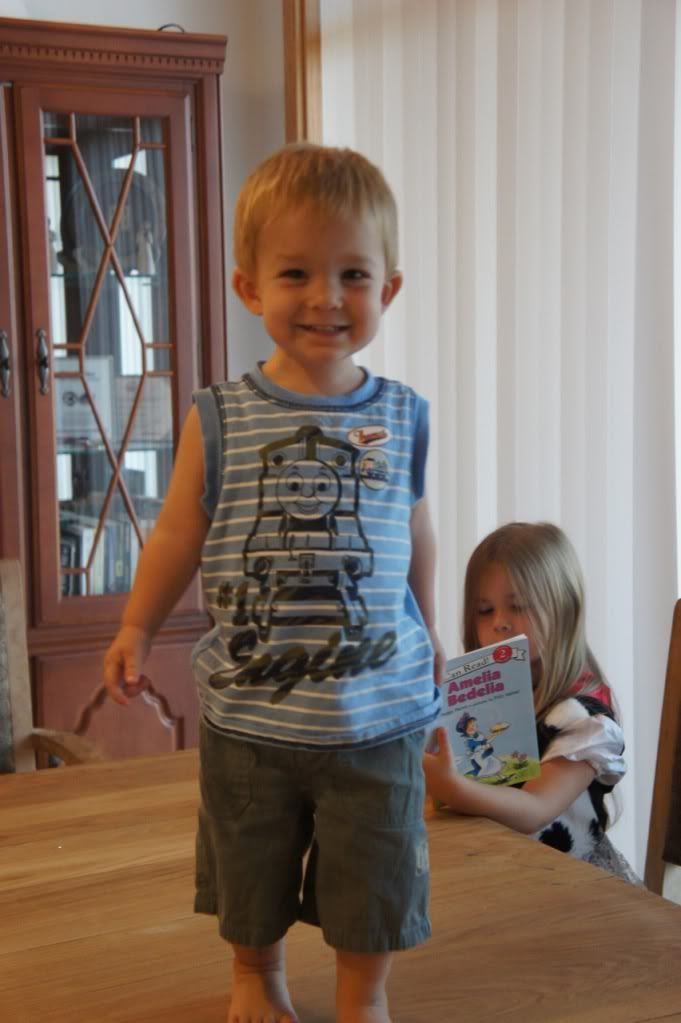 Anyway, if you don't want your little ones doing this during school time, the best trick in our house is to keep them busy doing their own things during school time. I save certain toys that only come out at school time and often fill a few baskets each morning or the night before that I set out for the little ones to do while I'm schooling the big kids that have activities for them to do in them. I've posted about several in the past under my Babies & Toddlers category but I'll add a few more here that we've been doing in the last couple of weeks.
Several of these Samuel did in one day...
Long colorful straws and an empty bottle: 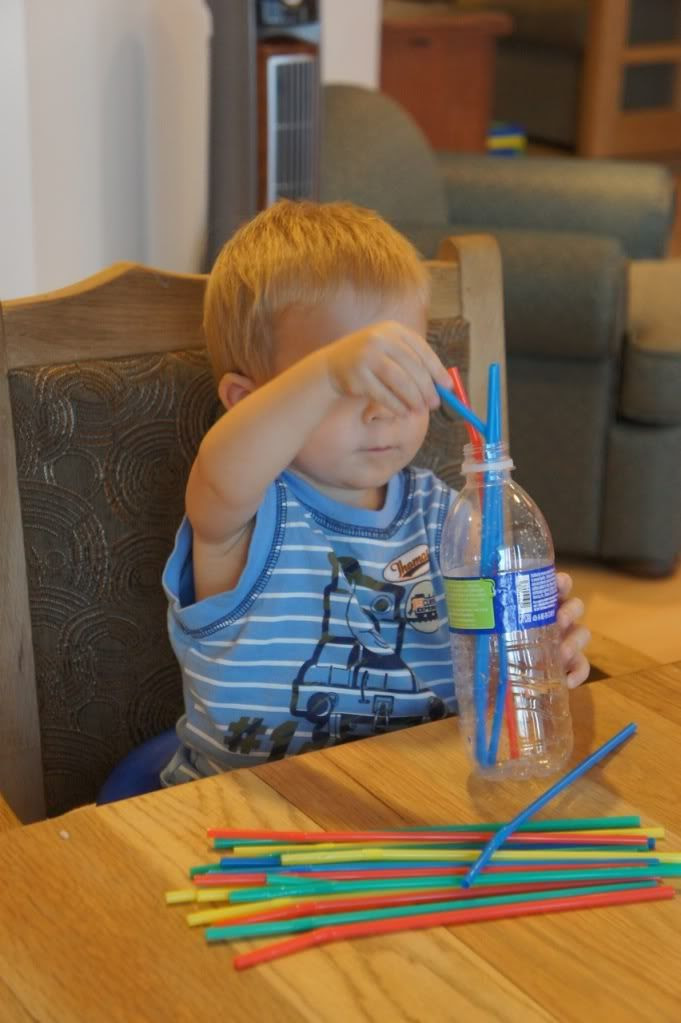 An ice cube tray and anything to put into the spaces...here he's using felt balls: 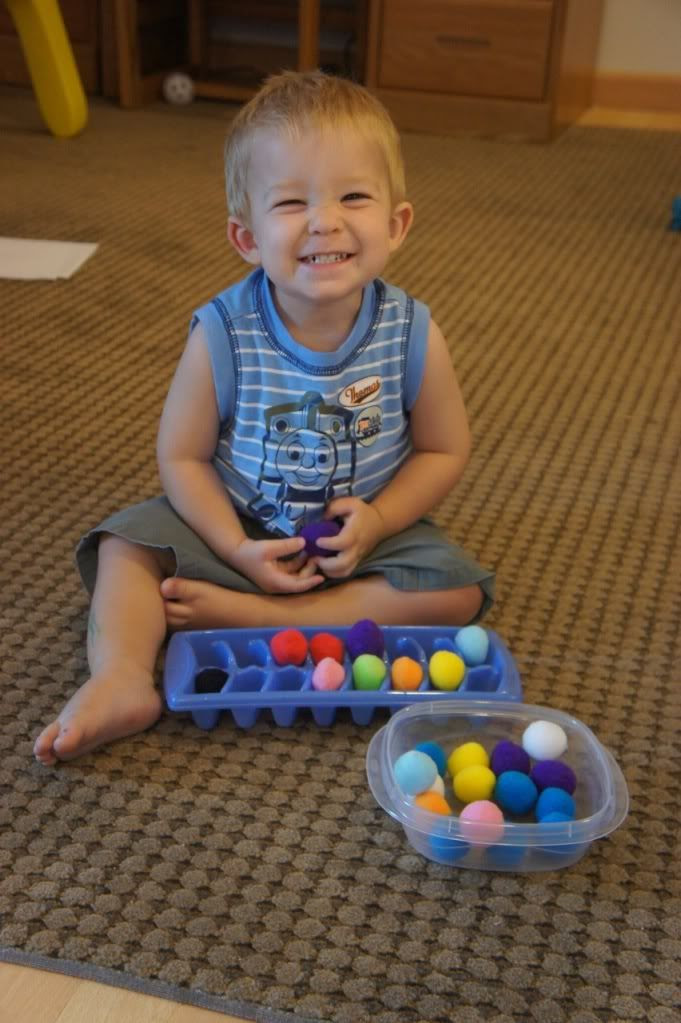 Pipe cleaners into anything with holes: 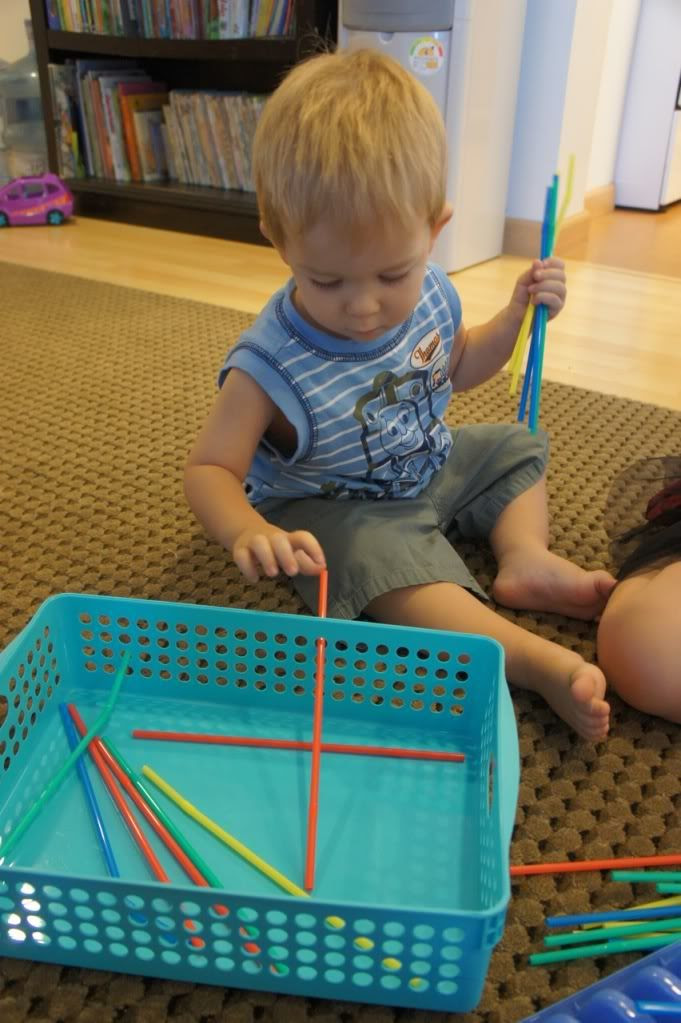 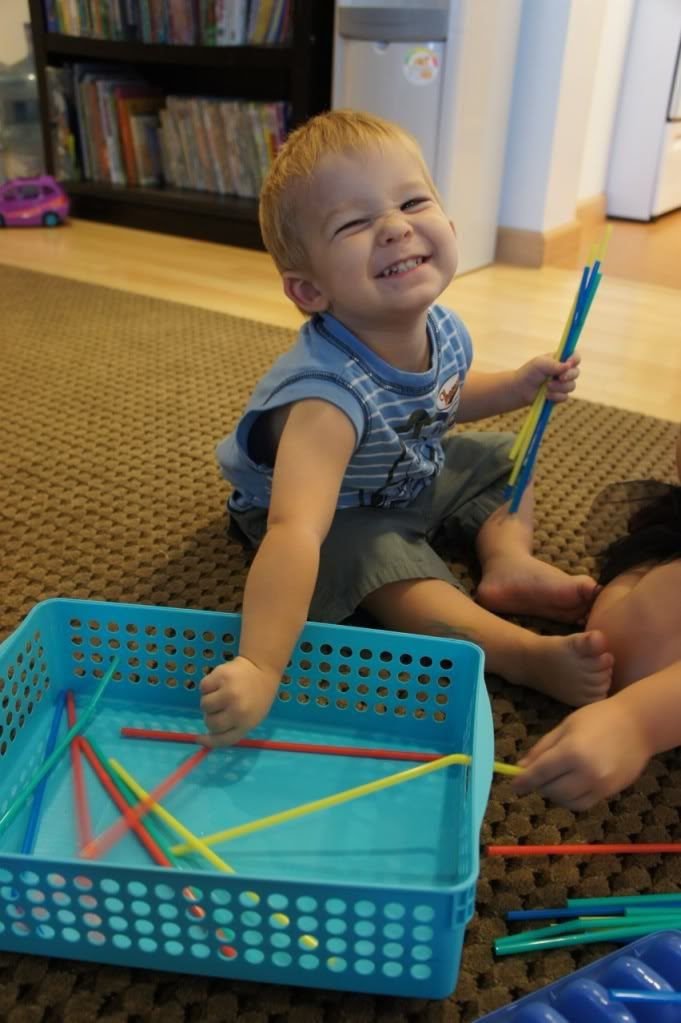 I found the idea for using a colander on pinterest.com. I stuck all the pipe cleaners in and thought he would enjoy pulling them all out...he did...and then he also wanted to stick them all back in when he was done! So it was extra entertaining and for a much longer period of time than I thought it would be! It's always nice when that happens. :) 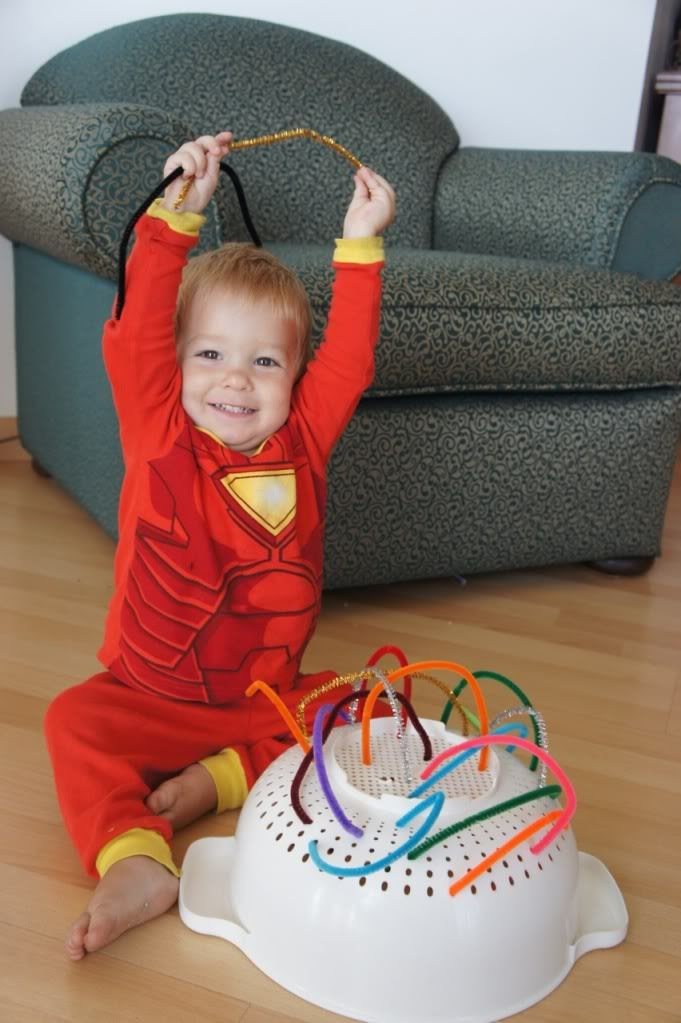 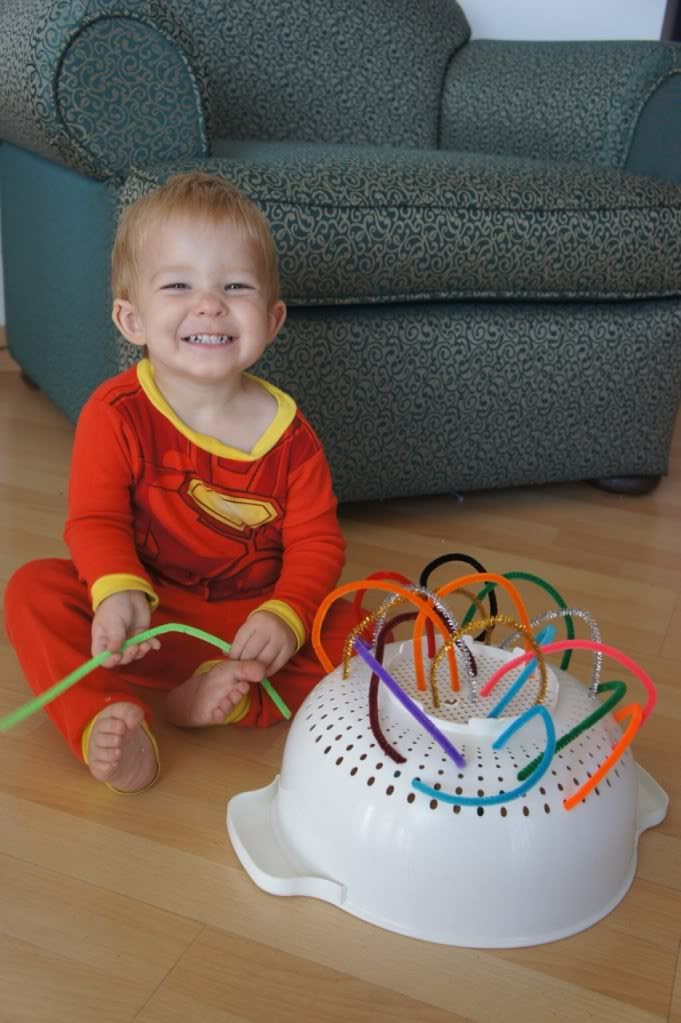 Then of course Faithy, my preschooler wanted in on this and she did the same thing... pulling them all out and sticking them back in... 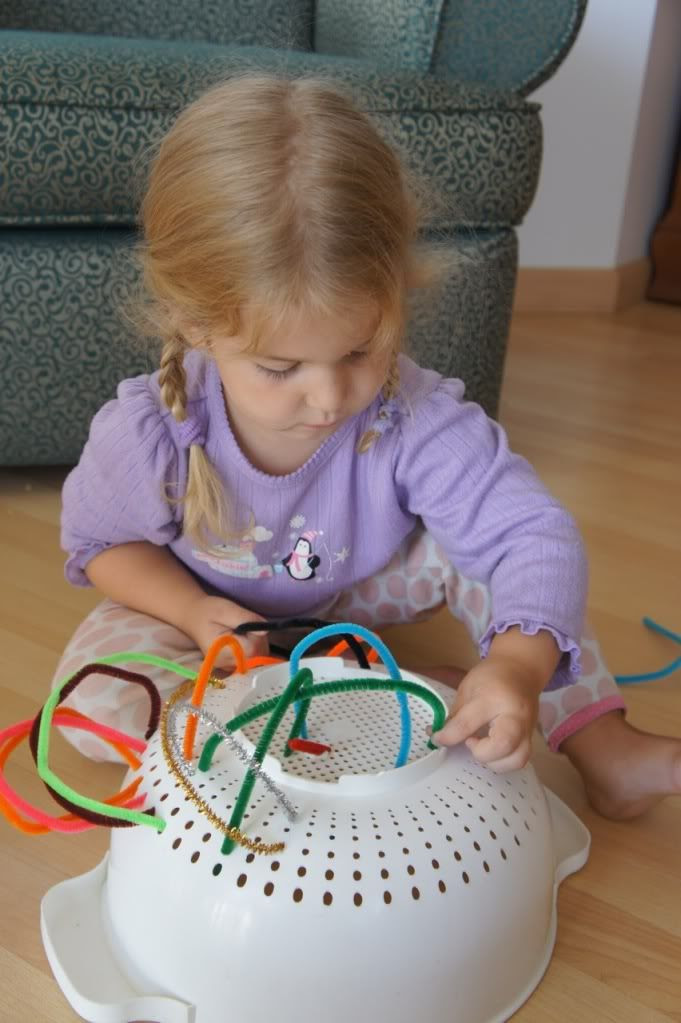 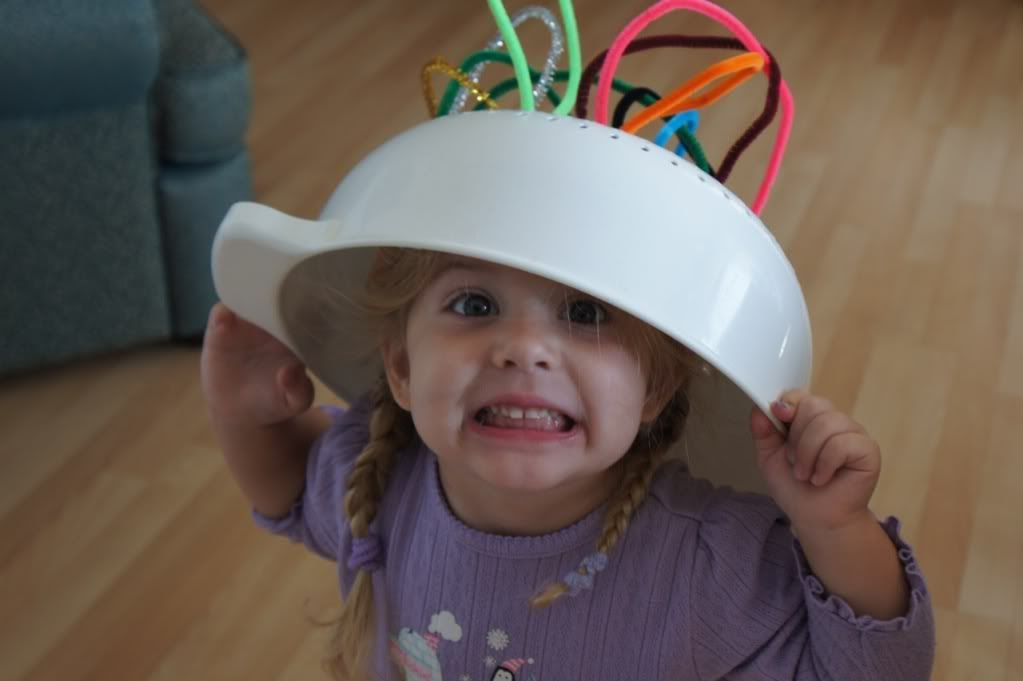 Lids! I know I've told a lot of people about this one but I don't think I have any pictures up of this one yet. It's just a large container full of plastic lids of every color that we collected off of anything we could find before we threw it away. I was surprised at how many things we buy that have bright plastic lids!
The kids love to dump them, sort them, stack them and do all sorts of things. :) 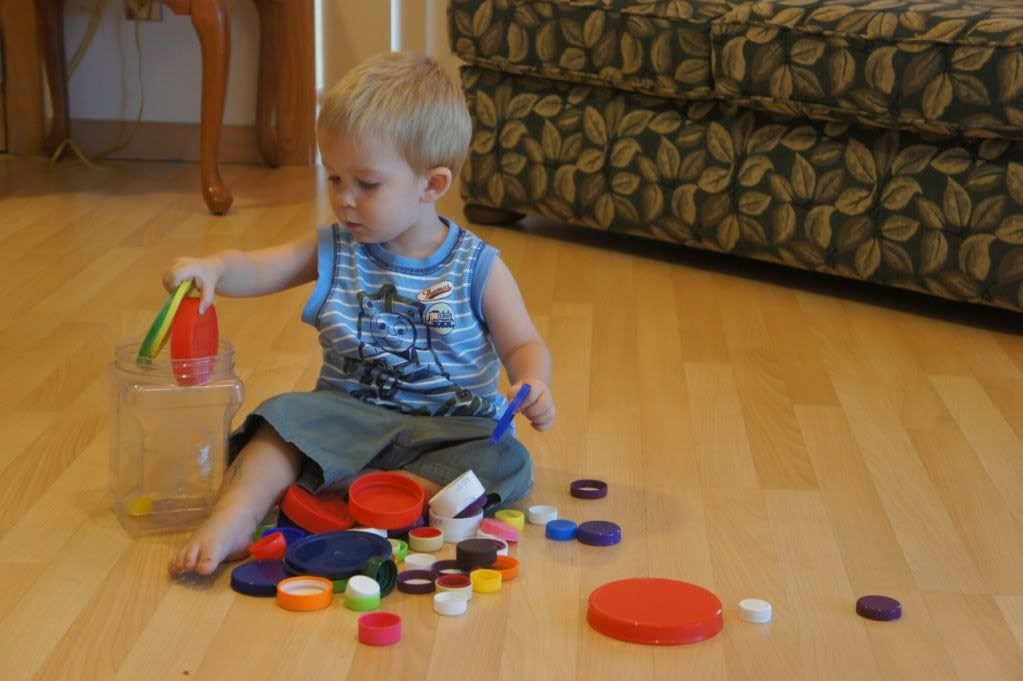 Easter Eggs! Yes, even in September a carton of Easter Eggs is fun...you don't even have to fill them! Though that is fun to do sometimes too! :) 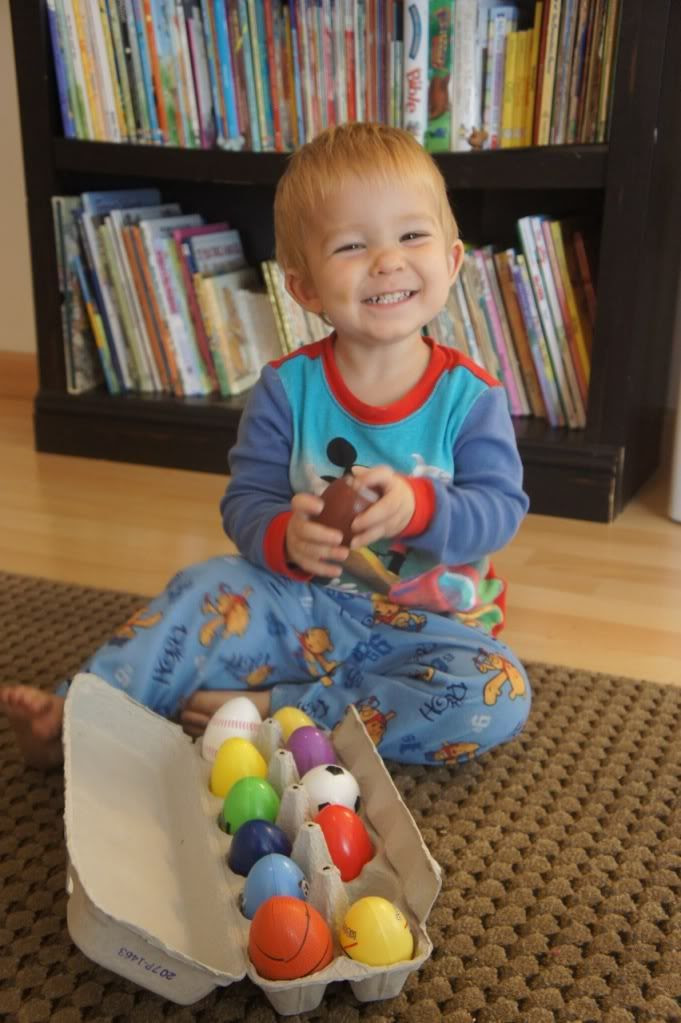 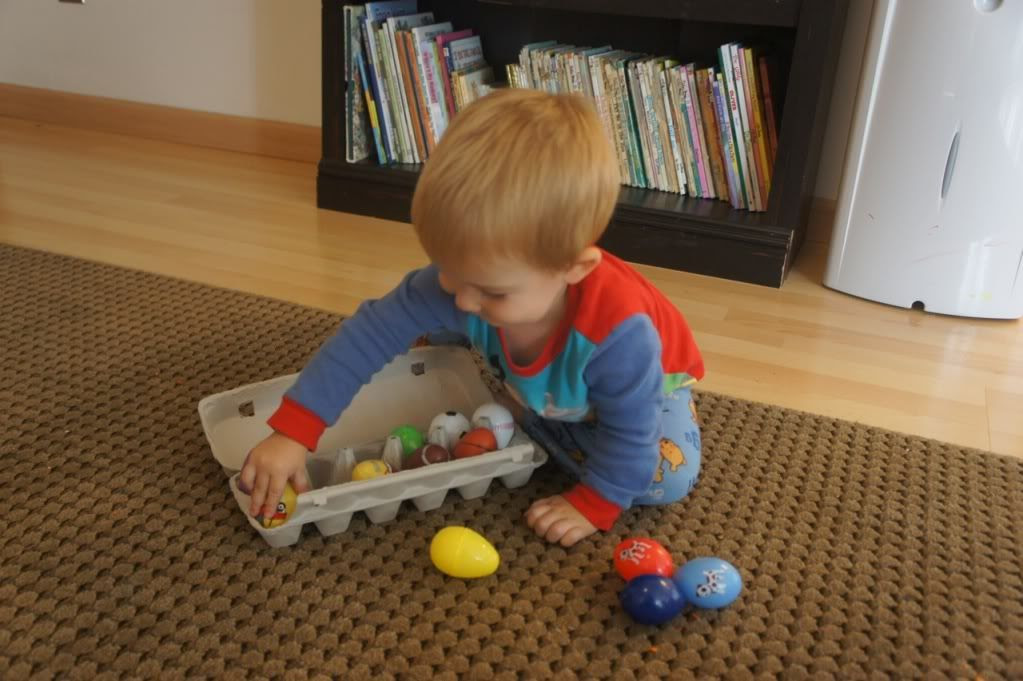 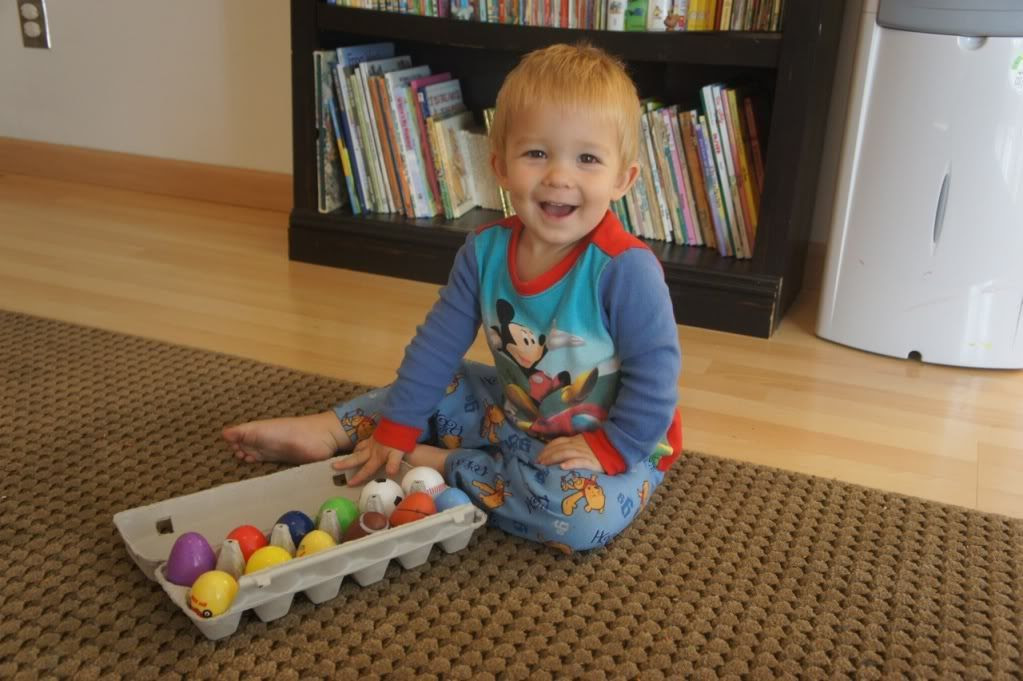 Well, that's a few ideas. I'll post more as I get pictures of them! It's kind of hard to remember to take pictures when these are the things I plan specifically for him to do while I do something else with the big kids! LOL! But I'll try! :)
Posted by Breanna Beth at 8:59 AM
Email ThisBlogThis!Share to TwitterShare to FacebookShare to Pinterest
Labels: Babies/Toddlers, Preschool 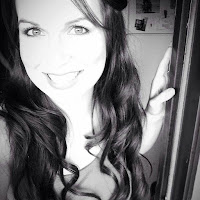